Simple Ways to Remove Mould from Your Home

The sight of mould growth can be alarming, as it often indicates a moisture issue or a leak. However, mould can also appear in the bathroom and kitchen, especially in and around the oven. Without quick action, the mould may spread and become more of a nuisance and health threat.

Here are a few simple ways to safely remove mould from your home.

Identify the Source of the Mould and Clean the Affected Area

You should first eliminate the source of the mould, as it may come back if you do not stop the initial cause of the problem. Mould is often caused by leaks or excess moisture.

Always wear protection to minimise contact with mould. Wear rubber gloves to protect your hands and consider wearing a P1 or P2 face mask, especially if you suffer from asthma or respiratory issues.

After identifying the source of the mould, clean the affected area. Remove any mouldy materials that you cannot clean, such as cardboard.

Depending on the severity and location of the mould, one of the following methods should help remove the threat.

Tackle Mould in the Oven with a Home Oven Cleaner

Without frequent oven cleaning, your oven may become a source of mould and bacteria. Luckily, you can attempt to remove the grime using a home oven cleaner. Mix two parts baking soda with one part water. Continue mixing and adding drops of water until you have a thick, spreadable paste.

Coat the inside of the oven with the paste and allow it to sit overnight. After waiting at least 12 hours, wipe up the DIY oven cleaner using a damp cloth. You may also need to use a spatula to get some of the large chunks. Spray vinegar anywhere you still see residue from the baking soda paste and then do a final wipe down with a damp cloth.

Along with cleaning the inside of your oven, the baking soda mixture can help remove mould from other surfaces. Baking soda also absorbs moisture, which can reduce the risk of the mould reappearing and keeps your oven cleaner.

Use White Vinegar to Quickly Clean up Mould

White vinegar is another common household ingredient that can be used to remove mould. It can effectively kill up to 82% of mould spores on both porous and non-porous surfaces.

Unlike baking soda, white vinegar should not be diluted with water. Simply pour the vinegar into a spray bottle and spritz it on the mould. Allow the vinegar to set for an hour before wiping it clean with a damp cloth.

Lemon juice is another natural solution for tackling mould stains. It is about 5% acid, which allows the juice to help break down the mould and make it easier to remove. Lemon juice can also be diluted with water or other cleaning agents, including the baking soda and water mixture described above. However, it is most effective when used undiluted.

For tough mould stains, use undiluted lemon juice from a bottle or use freshly squeezed lemons. You can use it on walls, shower curtains, fabrics, carpet, and other surfaces where mould is present. Pour the lemon juice or mixture into a spray bottle and spray the surface containing mould. Allow the juice to sit for at least 10 minutes before wiping it clean. Use a damp cloth with warm, soapy water to clean up the mould and juice.

Avoid mixing household cleaners when creating a DIY mould removal solution. For example, mixing bleach with ammonia or any of the acidic ingredients discussed could release hazardous fumes into the air.

If you struggle to get the stains out, consider bringing in the professionals. A professional cleaning company can tackle the toughest mould stains while you get back to your routine. 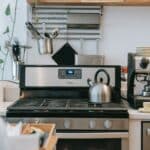 Baked-on Oven Grime: How to Remove it 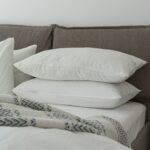 The Many Benefits of a Clean Oven: How to Keep Your Appliance in Tip-Top Shape

When it comes to oven cleaning, many homeowners feel like it is a daunting task. However, there are many benefits...
Read More Sleeping on a Clean Mattress: The Difference it Makes

While many people know that replacing your mattress regularly is important, what a lot of them don’t know is that...
Read More How to Keep Carpets Clean with Kids and Pets

Keeping your carpets clean can be difficult even if you live alone, but if you add pets or kids to...
Read More How to keep your oven clean

How to clean the oven? How to prevent the oven from being damaged? And so on. These and many other...
Read More Scratches repairment on the floor

In our previous article, we showed you how to prevent scratches from appearing on your parquet or laminate floor. If...
Read More How to prevent or fight scratches on the floor

We are spending hours choosing which sort of parquet should cover the floors in our house, spending big money to...
Read More Everyone likes to have all windows, mirrors, and any other glass surfaces clean and shining. But it is not a...
Read More While tidying up at home everyone for sure is facing the need to get rid of some old, useless, or...
Read More For many of us a bathroom is the favorite place in the house. But it is really a pleasure to...
Read More How to get rid of insects in the house?

Getting rid of bugs, spiders, ants, and flies is always a challenging task. Especially considering the fact that many species...
Read More